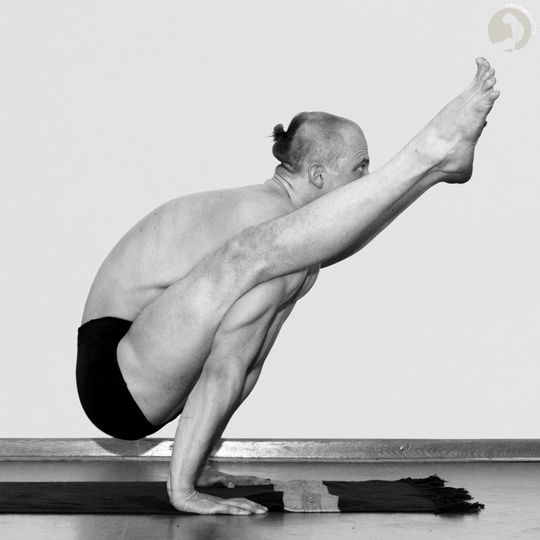 An ancient tale from the Panchatantra (पञ्चतन्त्र, Pañcatantra) tells the story of a little pair of Tittibha (टिट्टिभ, Ṭiṭṭibha)-birds. The book was composed between the 2^nd and 3^rd century AD. The fairy tale appears again later in the Hitopadesha (हितोपदेश, Hitopadeśa), a Sanskrit (संस्कृत्, Saṁskr̥t)-book of fairy-tales from the 12th century AD. The fable tells us the story of an extraordinary quarrel:

The story is often used as a symbol of yoga. The sea with its might and power represents the power of illusion, ignorance and prejudice or the general Chitta (चित्त, Citta), i.e. all aspects of human existence subject to change. The small Tittibha (टिट्टिभ, Ṭiṭṭibha)-bird stands for the effort of the yogi, an effort which seems ineffectual when compared with the challenge. But just as the little Tittibha (टिट्टिभ, Ṭiṭṭibha)-bird succeeds in spite of seeming superiority, the yogi can calm Chitta (चित्त, Citta) through pratice and shatter illusion.

legend for the Vinyāsa table: