In 1997 she moved to New York City with her work in the fashion business while continuing a daily ashtanga practice studying under Eddie Stern. The year 2000 brought her to Paris, France. After thirteen years in the world of fashion she decided it was the time to move fully into the direction she had been moving since her first yoga class. She felt a strong desire to strive to give to others what her teachers have given to her; so she started teaching yoga as her own study and practice continues. Gerald and Linda opened Ashtanga Paris in February 2004.

She studies yogic scriptures and philosophy, having completed a 200 hour study program of Patanjali’s Yoga Sutra, she now continues with the Bhagavad Gita under the supervision of Georg Feuerstein.

Linda’s completed teacher trainings with David Swenson, Mark Darby and two with Ron and Marla. In addition she has studied with Sri K Pattabhi Jois in Mysore and TKV Desikachar and Kausthub Desikachar, the son and grandson of Krishnamacharya.

She considers Ron Reid and Marla Meenakshi Joy her primary teachers from a far. And her husband, Gerald, along with their two young children, Amaya and Jonathan, her primary daily yoga teachers! 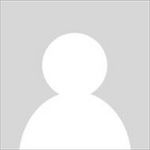