Ashtanga yoga is known to be extremely challenging and structured. Nevertheless, it leaves room for development. A conversation about tradition and innovation, about misunderstandings and typical Western thinking towards Ashtanga yoga, with teachers Ronald Steiner and Janosh Steinhauer.

My first encounter with yoga was with Ashtanga yoga. I had not put any prior thought into which style I would choose for myself – as far as I knew, yoga was simply yoga. At first it was a kind of black box, no more than hearsay about relaxation and body awareness. Ashtanga yoga is the oldest, most authentic and traditional form of yoga, explained my first teacher. Everything else was invented afterwards and does not correspond to what the millennium old yoga tradition actually sought to impart. Eight years of yoga practice and numerous conversations later, this statement seems more questionable to me than ever. Is it not the inherent nature of things to change? Is development not the motor of our existence? Or would we not benefit more by going “back to the roots” instead of developing one new yoga style after another? In conversation with Ronald Steiner, a doctor specializing in sports medicine and one of the few Ashtanga teachers to be authorized by Sri K. Pattabhi Jois, and Janosh Steinhauer, an AshtangaYoga Innovation teacher and former martial artist, I search for answers to these questions.

When I tell people that after having made excursions into Anusara and Jivamukti yoga I have now returned to practicing Ashtanga yoga, I often hear things like: it's always the same; it's too exhausting; there's too little alignment; it's way too strict. In your view, is that truly the essence of the Ashtanga Yoga tradition or are those merely outdated prejudices?

Janosh: Ashtanga yoga is indeed based on a number of fixed series and can be extremely challenging. I also agree that Ashtanga has to do a lot with discipline. And not all Ashtanga teachers are adjustment experts, nor do all practitioners have perfect alignment; but in my opinion that's probably true of every yoga style. It is possible to view Ashtanga yoga as much more playful than is commonly done: Ashtanga thrives on the magic of repetition and introspection. When one engages daily with what superficially appears to be the same, then one has the opportunity to dive deeper and to learn, to perceive one's own limitations and perhaps even to transcend them. A boxer also practices the jab, the hook and the uppercut on a daily basis.

You're comparing yoga with boxing?

Janosh: I occupy my time with many types of body work. Recently I've returned to practicing Brazilian Jui Jitsu, and I am experimenting with Myofascial release techniques, for example the Black-roll or Lacrosse balls. More important than what one does, is how one does it. Ashtanga Yoga teaches us how to handle ourselves, our bodies, our breath. To this end, the traditional sequence is a huge gift, for it allows one to practice independently, putting them in a position to reference their own development on a daily basis.

Ronald, Janosh did his training with you. When he speaks about the traditional sequence, is this the same as was taught by Sri Tirumalai Krishnamacharya almost 100 years ago?

Ronald: That may be what some traditionalists tell their students, but the truth is that yoga is a living tradition, and everything that is alive changes. Around 1916, Sri Krishnamacharya decided to search out the fabled yogi, Yogeshwara Rama Mohan Brahmachari. Legend has it that after two and a half months of walking through the Himalayas he finally found him in a cave at the foot of Mount Kailash. He spent seven and a half years there, studying and being led into the depths of yoga. His studies included the practical aspects, like asana, pranayama and vinyasa, as well as philosophy. All of this was supposedly based on an ancient book, the Yoga Korunta by Vamana Rishi. When Krishnamacharya began teaching in Mysore in 1924, he rooted himself in this line of tradition. In this respect, it is possible to imagine that today we practice a system that has been preserved for thousands of years and has never been changed. Actually, the fact is that the Yoga Korunta has to date not been found and might never have existed as such. Moreover, Krishnamacharya was very open to the influences of the West. At the beginning of the 20th century, gymnastic and physical education systems were flourishing in Europe. These were brought to India by the English colonial troops. At that time, gymnastics was taught in every school. This much is clear: drawing upon the Hatha Yoga of the Middle Ages, we can see a lot of parallels between the teachings of Krishnamacharya and this European physical education system. It was in the context of this progression of events that the Ashtanga yoga system of Krishnamacharya continued to change and develop.

Although Pattabhi Jois said, “Never change anything.” How is that to be understood?

Ronald: This statement has to be seen in the context of the typical Indian worldview. In contrast to the Western theory of evolution, in which advances and developments are seen as improvements for the better, in India the ideal lies at the origin. The older the source is, the more important and correct it is. Iyengar and Jois both invoke Krishnamacharya, he in turn Ramamohan Brahmachari, and he in turn certainly invokes his teacher as well. “I have not changed anything” therefore means more than anything: I am drawing upon an old tradition with the utmost respect. It does not mean, however, that changes within the practice are not actually possible or desired. It is possible to identify multiple things that have changed within the course of Pattabhi Jois' time teaching: from the number of breaths, to the entry into and exit from asanas, to newly introduced or removed positions, all the way to the establishment of the different series. And naturally the same yoga practice changes with each practitioner's own personality. In its essence yoga is always the same, it revolves around the knowledge of our true Self, or the divine within us. The techniques and methods, however, have changed over time: they have developed by means of transference into new contexts and have continued to branch out into different lines of tradition.

You found a way to preserve the Ashtanga tradition while simultaneously developing it further?

Ronald: Yes. The AY Innovation method that I've developed combines the classic traditional series of Ashtanga yoga with the modern insights of science, medicine and Sports Biomechanics. The goal is to provide each student with a very personal yoga practice - ranging from therapeutic-preventative to athletic-acrobatic. In order to be fair to everyone, the focus varies depending upon age and constitution. One person may enjoy a very athletic practice, while another might want to place an emphasis on therapy and illness or injury prevention. All of this is possible within the traditional series of postures - with variations and adjustments. I do not believe that I distance myself too far from the Ashtanga tradition by doing so. On the contrary: I believe that the tradition must remain alive.

Janosh, it appears that Ronald gives his students a lot of freedom in terms of their personal development

Janosh: Indeed, I feel that he does. He places great value on the foundation, the tradition, the basis. But where one goes from there is up to each individual. Whether it's martial arts, meditation or a long walk, yoga provides the freedom to become engaged with oneself. And in this respect there can be no rules, other than those which we give to ourselves. 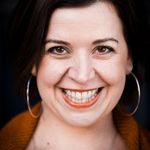