According to this external Sandhi rule, vowels as final sounds merge with the next word if it also starts with a vowel. If the word starts with a consonant, there is no merger.

According to the Sandhi rules described here, vowels as final sounds merge with the following word to form one single word. In Devanagari script, they are therefore written together.

In phonetic script, an additional spelling with a hyphen has become established for: 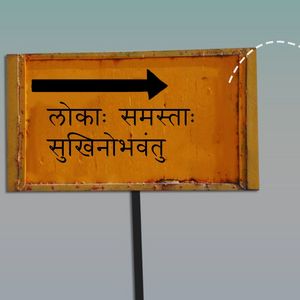