Tradition versus innovation in Ashtanga Vinyasa yoga – this contradictory clash of ideas is the basis of many discussions related to the practice. Just as frequently debated is the question of how traditional the Ashtanga Vinyasa practice as we know it in the west really is. Moreover, does a single 'authentic' Mysore-Style even exist?

Mysore Yoga Traditions takes you on a behind-the-scenes journey to find out exactly where the exercises of the Ashtanga Vinyasa yoga series were created and how they are taught today. The viewer is brought along on a trip to Mysore, the cradle of Ashtanga Vinyasa yoga, and is then presented with the philosophical background of the practice. The film offers a fascinating perspective on the culture of the Mysore community and the complexity of its ancient yet vibrant tradition. 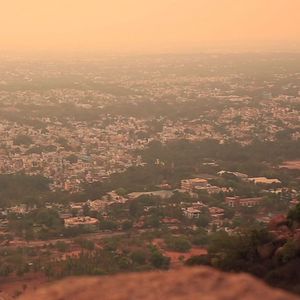 Mysore: The birthplace of Ashtanga Vinyasa yoga as we have come to know it in the West. But what is the history behind this ancient tradition? The film "Mysore Yoga Traditions" helps to provide us with a more in-depth look at the practice.

While it may seem surprising at first, the idea for the film did not originate in Mysore, but rather some 15,000 kilometers away in  the midwestern state of Oklahoma, USA by long-time yoga practitioner and teacher Andrew Eppler, who resides there. Andrew has been practicing yoga for over 30 years and has had the privilege of studying in Mysore with both Patthabi Jois and BNS Iyengar. His very close connection with his teacher BNS Iyengar sparked Eppler's idea of creating a film on his teaching, which is where the concept for this film was born.

This was a task easier said than done. After numerous setbacks in the process which lasted over three years, Iyengar finally said that he was ready to shoot a film about his life and teachings in the spring of 2016. However, two weeks before the film crew's scheduled departure, Andrew received word that "Guruji" had changed his mind and did not want any biography of his life. After discussing this, the team decided to continue their planned trip to Mysore, spend some time with Iyengar and see what happened while on-site. In the end, this turned out to be a very good decision.

From a short film to a documentary

Iyengar's reluctance to talk about himself and his life made the project more interesting because it opened up the possibilities of documenting the philosophy behind Ashtanga Vinyasa. Eventually the film crew had the opportunity to interview and film numerous scholars of Sanskrit and senior Ashtanga Vinyasa practitioners. The result is a portrait of Ashtanga Vinyasa and its philosophical background in the Mysore community that had yet to be captured on film.

Key to the project was the support of Kanchen Mala, BNS Iyengar's assistant. This help made the first few contacts possible, as it helped to overcome the initial wariness of the US film crew and their intentions. There was concern that the sacred tradition would be commercialized and presented in a white-washed format to please the Western audience. Andrew reported that in retrospect there was in fact the need to have a good sense of intuition in order to maintain a respectful balance in how the interviews were conducted.

The End Result: a full-length film

After countless hours of post-editing, an impressive documentary has been created which sparks the interest of a wide audience, not just the engaged Ashtanga Vinyasa yogi. Alongside Andrew Eppler, the film was made a reality with the help of Dalloz Paz (videography), Bryce Delridge (sound), Joey Paz (sound) and Kelly O-Roke (still photography). Each of the members of the team are passionate Ashtangis with a longstanding asana practice and who have a great passion for this tradition and its philosophy. In this way, the project was realized with minimal external support and was completed thanks to the teams' wholehearted volunteer efforts: they offered countless hours of unpaid time working on completing the project, and donated from their own financial reserves for any necessary costs of production.

And the motivation behind their efforts?  No more than to give an unbiased and unfiltered view of the world of Ashtanga yoga, its philosophy and its tradition. Or better yet, in the team's own words:

“We wanted to give the people of Mysore an unbiased voice to express their views about their own tradition. So much has been said by western scholars and many of the views expressed are contentious for the people of Mysore. More than that we wanted to learn for ourselves just how yoga is viewed and regarded in the culture it comes from. We were very curious about this great gift of yoga that has had such a profound impact on our lives and wanted learn about its history and background. We sincerely hope to make a contribution to the international yoga community and help create a more complete, balanced and accurate view of yoga." 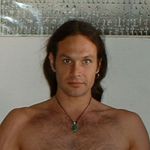