A physicist at AYI®

A physicist at AYI® in Ulm - Kati Tauber visits the Ashtanga Yoga Institute.

In June, the 31-year old with a doctorate in physics will stay at the Ashtanga Yoga Institute Ulm for a week. To practice, to meditate, to assist and also to teach. Since during this time she will stand in for Ronald and Melanie, who will be away on this year's summer retreat. In May, Kati already had a first chance to familiarize herself with the Institute at Ulm and she is truly looking forward to seeing the Ulm yogis again and to practice with them on the mat.

The Advanced Training builds on the foundations of the Inspired Training. As a yoga teacher, you can enter the program at any time. The Expert Convention allows our most experienced AYI® teachers to stay up to date on all of the newest techniques.

Physics and Ashtanga Yoga - how do the two go together?

It was only about three years ago that Kati discovered her passion for Ashtanga Yoga. After a longer spell of illness which had left her physically and emotionally drained, a colleague advised her: "Try a yoga class!" After some time of wondering and searching the internet, she stumbled upon an internet video by Ashtangi John Scott, who, just as Dr. Ronald Steiner, received his training from Sri Pattabhi Jois and was practicing the first series in the video. "This is precisely what you want to do," was Kati's first thought. She benefited greatly from the exercises and, for over a year, regularly went to a yoga school to practice.

Never would she have thought at this point in time that she would teach Ashtanga Yoga herself one day, though. But after some time of practicing for herself, she wanted to find out more about the method and therefore applied for the AYI® Inspired Training with Andreas Loh in nearby Berlin. After only a short time, she started to act as a stand-in teacher and then already began to teacher her own class. 6 months ago, she started to give classes in the Mysore Style in her own "Livingroom Shala". Since she now even considers working mainly as an Ashtanga Yoga teacher in the future, she started the AYI® Advanced Training building on the Inspired Trianing in March and can hardly get enough of yoga now.

Kati's main reason for choosing the AYI® training concept was the fact that she was fascinated by both the AYI® practice method and Andreas Loh as a person. Of course, there's also always a new group dynamics in each training group, Kati says, and she is truly looking forward to meeting many new and inspiring people. 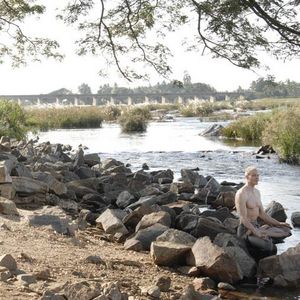 It is the Mysore Style in particular that truly gripped her, Kati says. Since here, each participant gets special attention and individual support for their own practice - be it more therapeutically orientated or on an advanced level. For this reason, she also likes practicing the Mysore Style best. Moreover, Kati hones her own technique by focusing on single aspects of her practice as it is for instance taught in the AYI® Precision course. Practicing on a regular basis has made her more balanced, she is now able to cope better with stress and she has a stronger belief in "the right direction", Kati tells us.

What Kati likes best about AYI® Innovation is that it builds a bridge between traditional Ashtanga and therapeutic exercises. Numerous success stories prove that it is worthwhile using this concepts. The different series allow both yoga rookies and hazardous handstand acrobats to establish their own practice and to find a way that is tailored to their individual needs. What truly surprised her, though, was the great joy and pleasure with which the Ulm yogis move on the mat.

Kati lives in Halle, where she also passes on the Ashtanga Yoga Innovation Method. In the airy space of her own little shala, Kati offers tailor-made classes in the Mysore Style and individual lessons on three days per week. But that's not all: those who cannot join one of her classes in Halle will find ample of inspiration in the "Kreatives" section of her homepage, ranging from music to photo galleries and even self-designed t-shirts and handmade eye cushions. Have fun browsing! 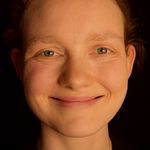