Devanāgarī - How a spoken language found it's form

Saṁskr̥t is a language in which wisdom was transmitted verbally. Only much later would a written form be developed for the melodic sounds with the Devanāgarī script.

Saṁskr̥t - the science of sound

Saṁskr̥t is a language which was created deliberately. The originators of Saṁskr̥t wished to refine human language and design it in such a way that the sound of the words coincided with the object indicated.

Saṁskr̥t is the oldest derivation of an original protolanguage that is still used today. The language preceding Saṁskr̥t originated in the Indo-European region and consisted mainly of onomatopoeic verbs. In other words, people would describe their current activities by imitating the sound with their voice. These primal sounds can still be recognized today in the words of Saṁskr̥t. The creators of this language were able to closely connect the literal meaning of the word with its sound.

As a result, Saṁskr̥t combines the direct onomatical reference of a protolanguage with the grammatical diversity of a high-level language. Saṁskr̥t offers endless possibilities of expressing relationships in a complex, concise, or ambiguous way.

Rick Briggs, who in 1985 who wrote a report for NASA on the topic of developing a suitable 'artificial language' for the computer age, argued that Saṁskr̥t is the only human language that is capable of being unmistakably clear [BRIGGS 1985: 1-8].

Transmission of language through the oral tradition

Saṁskr̥t served, among other things, as a language for sacred and philosophical content because with the use of Saṁskr̥t, scholars were able to summarize their knowledge in harmonic, rhythmic compositions, which in turn made the memorization and transmission of knowledge from generation to generation possible.

The oldest known composition of this kind is the R̥gveda (“The Knowledge of the Verses”). Indologists estimate the composition to have been created around 1500 BCE. Some individual hymns could even be a few centuries older [WITZEL 2007]. What is known is that the  R̥gveda was passed on by means of oral tradition for thousands of years.

The linguist and grammarian Pāṇini examined the grammar and phonology of Saṁskr̥t in the 5th century BCE. The grammar rules and pronunciation that he compiled were all based on his observations. Before this, everything was passed on orally.

The linguist Stahl classifies Pāṇinis theory of "morphological analysis" as more advanced than any comparable Western language theory prior to the 20th century . [STAHL 1988:47].

From language to writing

Only much later did Saṁskr̥t- have a written form. The exact development is multifaceted and involved more than a dozen intermediate steps.

In this article, we are focusing on the most important stages of development in the creation of the written form of this Indian language.

With this article we want to make it not only visible, but also to clarify the essential developments which led to the most widely used script for Saṁskr̥t.

An imperial order: the Brāhmī-script

In the 3rd century BCE, the Kaiser Aśoka systematically conquered vast areas of India, until his empire controlled almost the entire country. A system of writing was needed in order to spread the news of his conquests as well as his Buddhist beliefs across the empire.

It is believed that the Brāhmī-script was a specific work commissioned by this emperor. Upon his decree, Indian scholars began systematically developing a script based on those developed in other countries. The resultingBrāhmī-script was created thanks to inspiration from Aramaic, Phonician and Greek scripts.

Aśoka erected large columns with lion-headed capitals throughout India which proclaimed his edicts across the empire. Many of these texts have been preserved to this day (Fig. 1).

While the script is uniformly Brāhmī, numerous languages could often be seen on a single column. Pali, Aramaic, Greek and Magadic were widely-spoken languages in this empire. You can see an example of this on these inscriptions (Fig. 2).

The manuscript discovered by Professor Spitzer consists of 1000 fragments, many of which are very small, that mainly deal with philosophical topics such as the omniscience of the Buddha. There are also some excerpts from the Upaniṣaden, Vaiśeṣika, theories about the basic building blocks of matter (guṇa) and the refutation of a personified God [FRANCO 2004: 21-29] .

Many Buddhist texts are written in the Kuṣāṇa-Brāhmī script. Some of the oldest Buddhist texts on life, the work and teachings of the  Tathāgata, the “Thus Come One” or Buddha, are preserved in this manuscript. An example of which is the Daśabalasūtra, the "Discourse (with listing) of the ten forces of the Tathāgata“ (Fig. 3).

All of these script forms are part of the Turfan collection, which was discovered during the German Turfan Expedition (1902-1914). The colelction is comprised of over 40,000 manuscripts and manuscript fragments and are curated in the Berlin State library.

The discovery of the Turfan manuscripts was a key moment for Indology. The texts mostly represent a Buddhist perspective, but also deal with CHristian Nestorian, Manichean and secular topics. They are written in 16 different languages and 26 different scripts. These are valuable resources for the research of the development of language and writing in India. [ZATURPASKIJ 1912: 116-127].

The variant of a new Dynasty: the Gupta-script

Two hundred years later the Gupta-dynasty spread across northern and central India. From the Brāhmī-script emerged a new Gupta-script. Buddhism, which dominated the Aśoka-empire, was now increasingly being replaced by Hinduism.

According to Srivastava, the Gupta-script had up to five variants that were used in the Gupta-dynasty.  [SRIVASTAVA 1998]. The Gupta-script indicates a transitional stage between Brāhmī- and the Nāgarī- script. A comparison of the former and latter writings shows an understandable development.

New developments from the East:  Nāgarī

At the time that Nāgarī was being developed, writing tools and materials were also becoming finer and more delicate. The characters of this script, as a result, showed more bold lines. The Nāgarī-script in its form closely resembles the Devanāgarī-script.

The name “Nāgarī” likely comes from the name “Nāgara”, a title that had been given to the city of Pāṭaliputra. Today the city bears the name Pranta and is the capital of the Indian state of Bihar.

The oldest stone inscription in  Nāgarī is located in Gujarat. Indologists date it between the first and fourth centuries CE. Starting from the 7th century CE, the Nāgarī-script was widely used throughout India  (Fig. 5).

Starting around the 11th century CE, the Nāgarī-script developed into what we know today as the Devanāgarī-script [MYLIUS 1988: 14]. This form of script is particularly well suited for the precise reproduction of the subtleties of pronunciation in this language. Anyone familiar with Devanāgarī will find it relatively easy to read and pronounces the peculiarities of the Saṁskr̥t-language.

Equally, this script saves space, which is quite useful when you are writing on fragile palm leaves. While aesthetics are quite subjective, many do agree that there is a beautiful quality to the characters with curved arches and straight connecting lines. Writing in this script was and still is used as a meditative practice. This is how Devanāgarī became the script we are familiar with when studying anything in the Saṁskr̥t-language (Fig. 6).

One script for many languages

The Devanāgarī-script is still in use today and is the most widely-used script in India. Because of its precise phonetic transcription, it is not only suitable for writing down the Saṁskr̥t-language. Today Devanāgarī is common and used in Hindi, Marathi and Nepali writing, as well as many other local languages in India.

This means that not every document written in Devanāgarī is a Saṁskr̥t text. We can, however, read and pronounce the text properly. The next step would then be to understand the content.

The sounds of Saṁskr̥t in many different scripts

We in the West do the same. We note the sounds of Saṁskr̥t in our Roman alphabet. But because our alphabet has only 26 characters and  Saṁskr̥t-language has over 50 sounds, we have to use what is known as diacritical characters to avoid losing record of certain sounds.

In any case, the Devanāgarī-script is the traditional way to most accurately reproduce the sounds of the Saṁskr̥t-language. It is therefore worthwhile for us to take the time to get familiar with this script.

Have fun with meditative writing and reading! 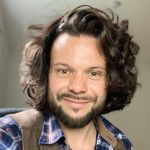