Visarga (ḥ) as a final sound

As a final sound, a Visarga (ḥ) is adapted to the following word as an aspirate or sibilant.

Adverbs ending on "ar" such as punar (again), prātar (in the ) turn into "a.ḥ" according to one of the rules on final sounds. This final "a.ḥ_" becomes "ar-" NOT "a_[voiced consonant, semivowel, aspirate]"

In the 3rd person, nominative, singular, the personal pronoun "sa.ḥ" and the demonstrative pronoun "e.ṣa.ḥ" always become "sa" or "e.ṣa" in front of all initial consonants (irrespective of whether they are hard or soft or semivowels or fricatives) and all vowels except for "a" (i. e. only the short "a"), i.e. they lose the Visarga. It is only in front of an "a" as an initial sound that they turn into "so_'..." or "e.ṣo_'...", i.e. the initial "a" is lost. Here, "sa.ḥ" and "e.ṣa.ḥ" follow the usual rule.

Visarga in front of k/kh, p/ph and fricative sounds remains but is pronounced as fricative 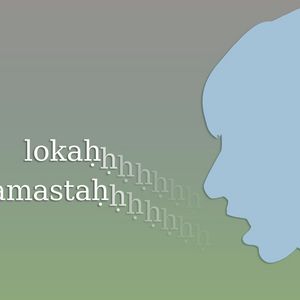 The Visarga before k, kh, p, ph, ś, ṣ, s, which remains after application of these rules, is prounounced as Jihvāmūlīya, Upadhmānīya or Ūṣman, an only weakly audible fricative at the place of articulation of the following sound.

For all those who love tables and charts. The same information again in the format of a neat and concise table.

(1) Adverbs ending on "ar" such as punar (again) and prātar (in the morning), are changed to "a.ḥ" according to the rule on final sounds. In front of voiced consonants, semivowels, aspirates and vowels, this "a.ḥ" turns back into "ar".