The old-school stretching exercises popular in the early 20th century have been long considered outdated. In light of modern fascia research, however, these exercises are making their way back into the spotlight. We are now better understanding how such exercises actually train the fascial sheaths in our body, and promote overall physical health. Understanding how this works can provide us with inspiration in our own yoga practice, where flexibility is often a main component. With the proper training, we can improve the elasticity and shock-absorbing properties of our fascia, thus avoiding unnecessary injury.

In Germany, an exercise known as "Schwunggymnastik", a form of dynamic stretching using momentum,  was very popular in the 1930's (Sura 1935). From the 1950's onward, the technique was considered outdated because it was proven ineffective in building mass-muscle and was considered a sub-par method of increasing above-average flexibility.

As a result, other forms of training became more interesting. Those looking to develop muscular power starting working on more controlled, isolated movements without the use of momentum. They were able to quickly increase muscle mass or power in the muscles that were trained. For those looking for exceptional flexibility, long-held static stretches became more popular because it brought on quick results. Only then can the fibers of our fascia slide past one another and deform their original shape (creeping effect).

In the meanwhile, new research on the function of fascia has brought new light to the idea of this old-fashioned stretching technique. Well known as a tissue, anatomical research on fascia and its function in the body was limited for quite a long time. This has changed radically today and we now have a much more profound understanding of what the role of fascia in the human body is. Fascia runs throughout the entirety of our body in long interwoven lines. They hold muscles and organs together and connect each movement through a subtile vibration that penetrates the entire body.

Fascia itself consists mainly of collagen fibers. Imbedded between these solid fibers there are elastic fibers (elastin) which gives fascia it's mild buffering quality. The fascia can be anything between taut and soft. The elastic qualities of fascia are essential for the overall health of this system.

Buffered injury prevention – the 'shock-absorber' of our body

The buffering capability of the fascial system is particularly relevant when it comes to injury-prevention. If the body is confronted with impact, the fascial system attempts to absorb the force and then release it back. Ideally, the body works like a rubber ball: it bounces in and out. You can see this phenomenon in professional stunt-cyclists who appear to jump over the tarmac and land in a crash on the other side. These individuals are able to survive even serious crashes at high-speed, often with very little injury.

Pure muscle power will not help you to absorb this type of force because it reacts too slowly through reflexes. The fascial system receives the impulse directly and can in turn quickly respond to intercept the force.

Unfortunately, sheer flexibility will be equally ineffective in preventing injury - in some cases, it can actually be even counterproductive! Extreme stretching before sports, it seems, leads to an increase in the frequency of injuries according to current studies. The explanation is simple: the fascial sheaths lose their elasticity as a result of the intense stretching. It then provides less resistance and cannot absorb and release force as effectively.

An organism will adapt to its environment through repetition. The tried and true saying of "use it or lose it" couldn't be more correct when it comes to the body. This means that if we jump and move in a spring-like fashion, we will cultivate the elastic qualities of our fascia. If we do not, it will gradually become less and less effective as a shock absorber.

In order to develop this quality, we should add dynamic stretching exercises. In this way, the fascia doesn't become deformed, but rather it bounces back to its original form.

Modern fascial research starts to find new interest in exercises such as those from the 1930's. Especially when such exercises are used during the warm-up phase before physical activity, it seems to be effective at preventing injury during those activities. But even if you are simply standing, the elasticity developed from these swinging exercises can make potential injuries less likely.

Rediscover these old-school movements for yourself as a therapeutic exercise or as a warm up to your yoga practice. After just a few weeks of regular practice, you will start to sense the increased elasticity in your body and a sense of more buffer as you move.

Stand upright, then soften the knees as if you were standing on a trampoline.

The bouncing can become a hop or jog in place on one or both legs. Keep going until you can feel the bounce as you jump.

Swing your arms like pendulums as they follow the direction of momentum set form in the motions You can go so far to create this shock-absorbing effect in the head and face. Continue until you can observe a pleasant sense of warmth throughout the body (Image 1).

Effect: The exercise creates vibration in the fascial system. The result of bouncing activates the elastic 'shock-absorbing' qualities of the different fibers within the fascial layers. Energy is absorbed and released again. This exercise is the ideal training stimulus to allow the fibroblasts to increase the elastic qualities of the fascial network. We develop a buffered quality as in the rubber ball and our movements become more elegant such as those of a panther. Most importantly, our risk of injury is reduced.

We continue in standing here. Take a wider stance that before and lift your arms overhead. Swing up and down as if you were chopping wood with an ax. (Image 3).

Inhale the arms upwards overhead even putting your back into the movement (Image 4). Make sure that you are maintaining core stability as you create this movement to support your back.

Try to use less muscular strength and more momentum during this exercise. Use the endpoint of movement to spring directly back into the opposite direction. Repeat until you can feel the effects in the form of warmth in the front and back body.

Effect: Long lines of fascia travel throughout the body. They transmit power in the main directions where load is present and they absorb energy.

Particularly relevant here is the dorsal fascia of the back line. It extends from the sole of the foot over the back of the leg, sitz bones the erector spinae upward to the back of the head and over the skull to the ridge of the eyebrows.

A second fascial line that has a similar connection is the frontal fascial line. It connects the tops of the feet, the shins, the thigh muscles and up through the pelvis to the rectus abdominis muscles upward to the sternal fascia and the sternocleidomastoid muscles to the mastoid process at the back of the head.

The exercise described above activates tension in alternation along the two fascial lines. The momentum is stored in the longer line and then released again. This is how we develop the natural spring-force of these long fascial lines.

Now take the legs out even a bit wider. Lift both arms overhead and pulse to one side, then the opposite side (Image 5).

Move in unexpected rhythms going back and forth in different ways, frequencies and try not to follow a specific pattern. Keep going until you an sense the warmth of the side body.

Effect: As in the aforementioned exercises, the fountain flow exercise addresses two fascial lines along the side body know as the lateral line. These two diagonally superimposed layers are interlocked from bone to bone. The compression charges these fascial lines with energy, and the release back releases the energy. The exercise promotes the development of elastic properties in the lateral line. This gives our body elasticity which can help to avoid injury.

Again starting upright and with the legs wide, swing your entire torso with your arms to one side. Your arms and hands fly and swash against the torso (Image 6).

The momentum returns the movement directly in the opposite direction, swing back and forth until you can feel the warm activation in your torso.

Effect: Yet another important fascial line is the spiral line that spirals its' way around the torso. There are lines that connect from here to the lines of the arms and legs. This fascia is key in the stabilization of the torso. Through this exercise we can work to improve the elastic elements of the torso, thus maintaining stability in the torso, a healthy back and can also prevent injuries.

The "Yoga Doc" - Dr. Ronald Steiner is the founder of the AYI method. This method links traditional Ashtanga Yoga with innovative Yogatherapy and living Philosophy. This forms a practice that is personal for each and everybody - from sportive... 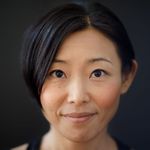 I am from Japan and practice Yoga since 2004. After few years practicing yoga to be more healthy,Yoga became a way of being. Yoga is no longer only physical practice,Yoga is how to live here and now. It helps me to connect with my true self,which... 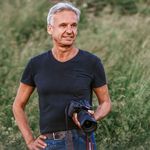 Yoga photography combines two main lines of my life: After my degree in physical education and years as a fitness trainer, I found my way into yoga, which gives direction to my life. My first camera was given to me by my grandfather when I could not...